skip to main | skip to sidebar

Take a look around and check out some of my ramblings.

On the right side of the page is a navigation bar with links and other things related to education and technology.

If you have time visit my Texas Education Exchange wiki! 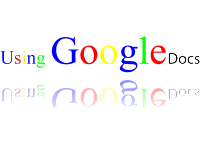 I am excited to unveil a new e-course called Using Google Docs. This course is aimed at those folks who are unfamiliar with or never heard of Google Docs(R).

I would like to thank a few people whose advice and input were invaluable to me. First a huge thank you goes to my wife and my children. They were both patient with my tantrums and served as my formative evaluators. Yes it fell upon them to be brutally honest with me and they relished in pointing out some things.

During this semester I was required to seek out the assistance of a field supervisor. Mr. Garrod of the Keelworks Foundation had no idea who I was before receiving my email asking about an internship program. He freely shared knowledge acquired from being an instructional designer in the commercial e-learning industry for over a decade.

Dr. Pan from the University of Texas at Brownsville was my professor this semester. Being the first time the course was offered I felt it was incumbent upon me to do well. Dr. Pan was an excellent facilitator during this course. He learned each student's strengths and weaknesses and used them to wring the best out of each of us. I know this is very true in my case. This e-learning capstone course is a model that the entire Ed Tech program should follow. Build a solid foundation in theory and skills, then spend several semesters creating e-courses.

Although this is closer to the end of my post than the beginning the people I thank here are critical to the success of any instructional designer. This group of people made up the formative evaluation small group. These individuals spent their own time evaluating the course without compensation of any sort. For your hard work I thank you again.

Don't hesitate to check out the Using Google Docs e-course. Link to it, pass it on to friends and enemies alike!

Have a wonderful day!

The Spring 2010 semester is drawing to a close. That means the end is near. So according to the course calendars and my to-do list it is time to develop a sheen of sweat on my brow. Perhaps panicking may not be the option that produces top results, but at the moment it is the best option I can think of.

I believe all is going well. That is my story and I'm sticking to it until the grades are released.

School aside, my real concern is having something remotely as interesting as school for my kids!

My daughter already has her camps scheduled at two universities, UT Austin and Tarleton State. She is spending two wonderful weeks playing her flute. It was her idea and she is excited about it! She was having a hard time deciding between band camps and math/science camps. Maybe summer 2011 its math/science, since med school is her self-stated goal.

My son approached me the other day and announced he wants to learn a programming language and how to make apps for the iPhone. That may sound odd to some folks but he wanted the Photoshop 4 for Christmas. So I spent some of my precious time researching camps for him. I found two camps, Programming C++ at St Edward's University (my alma mater) and Game Development for the iPhone at UT Austin (my almost alma mater). Spending my precious time was far easier than turning loose of the hard-to-come-by dollars needed to pay for this!

When they are not in camp the University of Texas at Austin Sailing Team has a sailing clinic every Sunday morning on Lake Lady Bird Johnson in downtown Austin. They are avid sailors so Sunday mornings my wife and I will take turns shuttling them.

It was pretty simple. Build a course inside Blackboard(R). I think that part went (is going) well.

Somewhere in past education classes I vaguely remember that it is recommended that we (course developers) learn a thing or two about the learners.

This bit of information became very important when I asked a group of potential learners to be a part of the formative evaluation process. The subject matter wasn't a big problem, maneuvering through the course material wasn't much of a challenge.

The problem most of the evaluators encountered was that they were unfamiliar with Blackboard(R).

I have learned that the entire corporate world does not use Blackboard(R). None of the evaluators were familiar with the program and I was reminded of that vague memory regarding learning a little about your students.

Ah but not to fear, I quickly recovered and put together a tutorial introducing the learner to Blackboard(R) and the features that are needed to be successful in the course I am developing.

The tutorial was created with Adobe Captivate(R). I used the text to voice feature to create the narration.

Text to voice is a nice feature. Pretty much it involves typing the script into a text box that you want narrated. It is especially valuable when crafting a well narrated piece.

The program gives the option for a female or a male voice. The voices lack inflection and sound a little computerized.

In a future post I will present Adobe Captivate(R) and post a simulator for anyone to play with.

Have a wonderful day!
Posted by Leon Hudson at 5:03 PM 2 comments:

Leon Hudson
Austin, Texas, United States
I am a graduate student at the University of Texas at Brownsville in the Educational Technology program. My goal is to work with the Austin Fire Department to develop online education products. After graduation in Spring 2011 I plan to take a part-time teaching position with a community college. After retirement from the Austin Fire Department in 2015 I will see what opportunities exist in the Instructional Design and Ed Tech fields.

THE Journal: All Current Articles